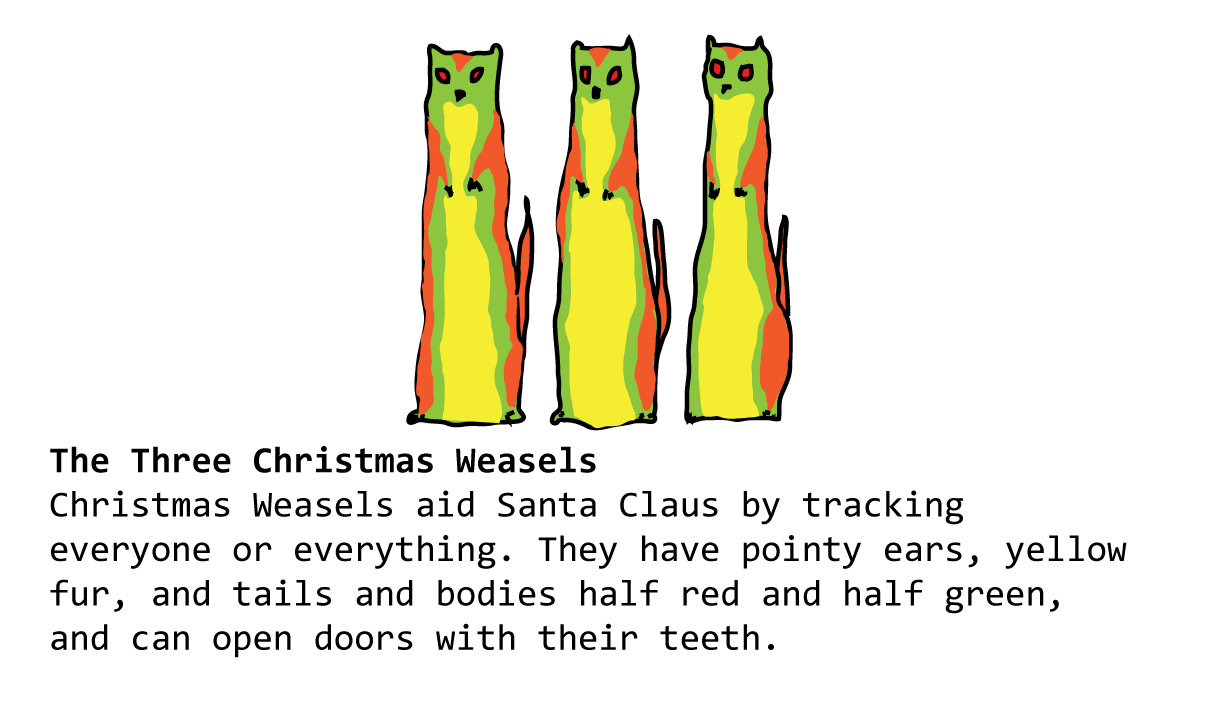 When you think about it, Christmas can get pretty weird.

There's the classic Christmas story of the Bible, and then there are all these extra entities that aren't in the book but which become somehow part of Christmas. And some of them are quite unsettling. There's the immortal flying reindeer with the bioluminescent nose. Iceland has the Yule Cat, a building-sized cat that stalks the streets and devours anyone who hasn't received new clothes for Christmas. And there's Krampus, the fanged, goat-horned being that looks more like it came from the cover of a metal album than a Christmas album. I am not making any of these up.

I used GPT-3, giving it the examples of Krampus, Rudolph, The Yule Cat, and Meathook (one of the Yule Lads; not as terrifying as he sounds), and asking it to add its predictions to the list. Here are some of my favorites:

It kept wanting to reimagine Santa Claus and Mrs. Claus, and gave Santa's other reindeer awesome superpowers. These aren't exactly NEW Christmas entities but I collected some as bonus content for AI Weirdness supporters. You can also become a free subscriber to get new AI Weirdness posts in your inbox!

Subscribe now
Already have an account? Sign in
neural networksgpt-3christmas entitieschristmaschristmas creatureschristmas weaselschrishmak is truly a wonderful entertainerbeware the blopthe yule log: on the one hand a fun spider, on the other hand aids a terrifying blopintroducing my all natural leaves and bark underwear subscriptionbum bum bum bum