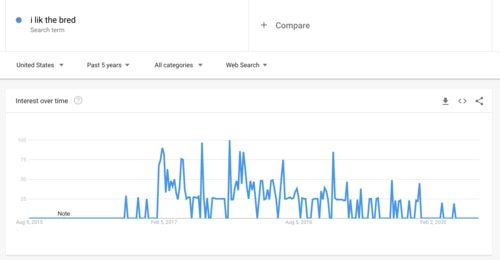 My Name is Bot

Text-generating neural networks can do a lot more now than they used to. When I first started generating things with neural networks, sentences and even simple phrases were mostly beyond them (that didn’t stop me from trying, with hilariously inept results). But now programs like GPT-3 can keep track of much larger blocks of text, capable of writing multi-question personality quizzes (as long as you don’t mind that the tests make no darn sense).

Now here’s one I’ve wanted to do for a while: there’s a form of poetry called bredlik, introduced in late 2016 CE by Sam Garland after a cow was discovered licking the loaves at a bakery:

my name is Cow,
and wen its nite,
or wen the moon
is shiyning brite,
and all the men
haf gon to bed -
i stay up late.
i lik the bred.

With its pseudo-Chaucerian spelling and meter of strict iambic diameter, bredlik is one of my favorite things the internet has produced. And, now that the interest in bredlik has declined from “very niche” to “virtually none”, it’s the perfect time for me to see how a state-of-the-art neural net does at generating bredlik poems.

I gave GPT-3 15 example bredlik poems, focusing on those that stuck to the standard 8-line length. I also included a (subject, verb, object) header to each poem so I could specify the topic. The cow poem above, for example, got (cow, lick, bread) as a header. Then I gave GPT-3 a few headers to add to, and here’s what it produced:

(giraffe, trick, bot)
my name’s giraf,
and on the veld
i lik to pley
with bouncing gait
but when it’s cold
i shiver, no.
my tunge wil bach,
i trip the bot.

(bot, make, memes)
my name is bot
and wen i memz
i go into the street
i maek the sound
lik dok dok dok
lik boom boom boom
but all at once
i see a meme
and i can’t meme.

It’s close. It’s soooo close. Terrible, though. It does make an effort to match my prompt, even when I sabotage it with way too many syllables or something:

(cat, eat, broccoli)
my name is cat,
and wen i feel
the smell of treat,
i jump up fast
from box or seat,
and run and leap
and seize the feep,
and say, yum, meep!

(moon, moon, moon)
my name is moon
and wen it’s night
and stars are out
and you don’t see
a single sound
I am the one
to set your heart
I moon the moon

It occasionally gets the rhythm right, though it’s curiously bad at counting lines. It tries to do the pseudo-Chaucerian spelling but some of its misspellings are so weird that I suspect it’s just making up words. Other times it uses real archaic English, which is not the point of bredlik but it’s still kinda cool that it drew the parallel. Note that it is also almost following the rhyming scheme, especially if you take some liberties with how you pronounce the made-up words. For the rest of the poems in this post, GPT-3 generated not just the poem, but the prompt as well.

(Sheep, graze, name)
My name is Sheep
and wen it’s nyght
i like to bleepe
with shut and ee
and munch upon
the buettom green
of grounges fourm
i lik the name

(fish, lick, thing)
my name is fish,
and wen i see
the mote that doth
bestow upon me
the gift of life
and givith unto me
a watery strife
i thank the fen
i lik the thing

(bell, scare, doom)
my name is bell
and wen you kno
the wyld dark nere
to Hell’s abyss
and in the mire
the dead a roon
you think it’s naym
the bells will toon
i scare the doom

I’m surprised at how often GPT-3 did manage to get close to bredlik, since AI-generated poetry is notoriously hard, and even careful scripting can produce glitchy poems with unexpected odes to mining company Alusuisse. Still, in this post I’m only showing a few of the generated poems - most of them not only fail to fit bredlik, but do so in a boring or unsatisfying way. The exception is this poem, which has definitely strayed from bredlik, but on the flip side contains the phrase “beely might”.

(Bee, use, thief)
My name is Bee
and wen I see
a moth upon a tree
I use my beely might
and steal it from its fight
And then I lik the thieft

I have more neural net bredlik poems than would fit in this post, including many that are for some reason quite unsettling. Become an AI Weirdness supporter to get these poems as bonus content! Or become a free subscriber to get new AI Weirdness posts in your inbox.

Bonus: Digital Bredlik is the name of my new band