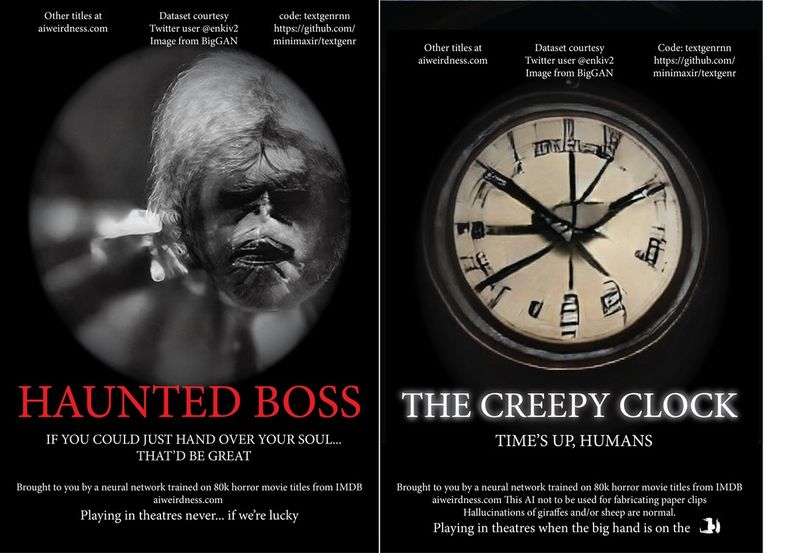 Neural networks are a kind of machine learning algorithm that learn to imitate the examples I give them. They’re pretty good at picking up on the feel of craft beer names vs guinea pig names, or metal bands vs my little ponies. So they should be pretty good at thinking of new names for horror movies, right? Right?

The above titles were generated by a neural network (textgenrnn) trained on over 78,000 horror movie titles extracted from IMDB by Twitter user @enkiv2. It turns out that not every horror title is Slashy This or Murdled That. Titles in the original dataset include “PigDog”, “Princess Baby”, “King Dinosaur,” and “Sasquatch! A Love Story”. The neural net learned a bunch of interesting vocabulary from them.

And the neural net DID manage to pick up on the vocabulary of horror film titles. It just also managed to make them sound somehow more like the Halloween special of a kid’s cartoon show.

Other times, it was just plain weird. I know horror is supposed to make the mundane scary, but I somewhat question its methods.

To read more of them, become an AI Weirdness supporter!

Bonus: Man of the Caramel