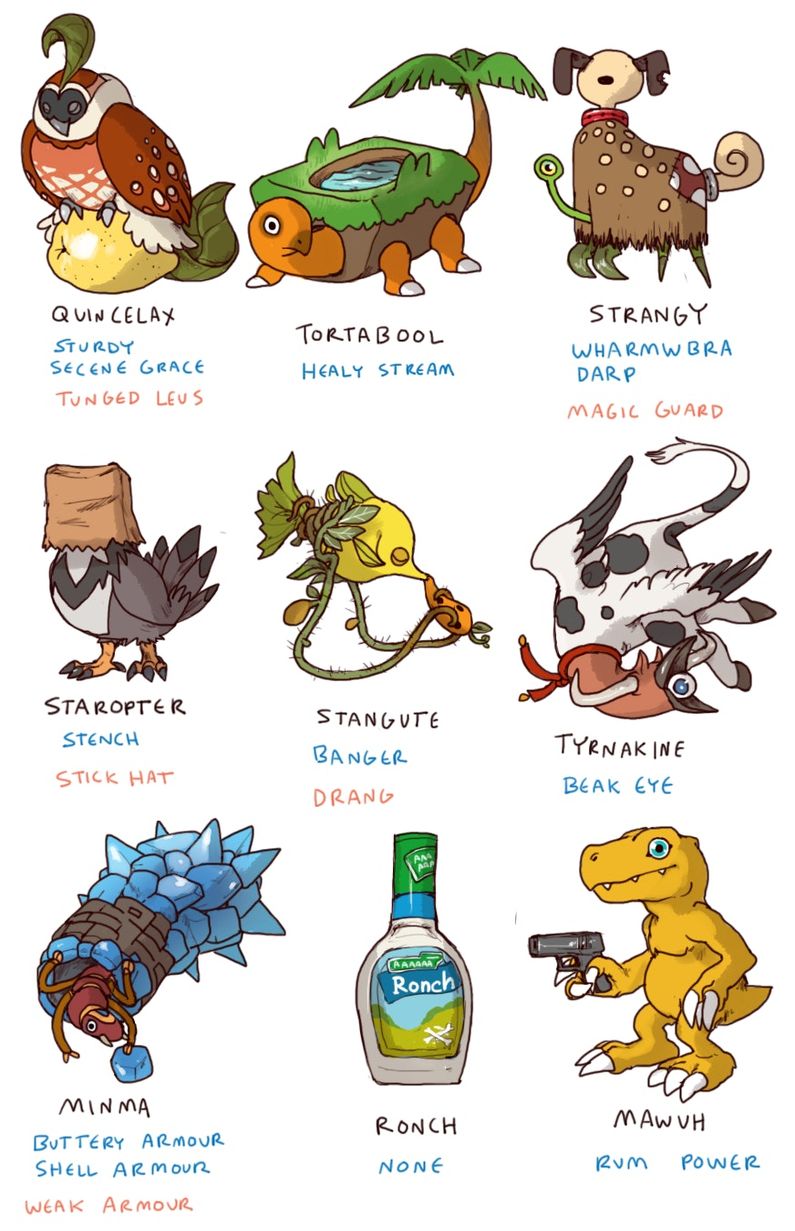 I’ve been playing around with char-rnn, an open-source torch add-on for character-based neural networks by Andrej Karpathy, using it to generate everything from cookbook recipes to superhero names to a Lovecraft/cookbook mashup.


I decided to train the neural network to randomly generate Pokemon names and abilities based on this list as a training set - and found that it was good at generating Pokemon. Annoyingly good at it - by the time it had gone through the training set 50 times, it was already fluently plagiarizing Pokemon word for word. I had to go back to my very first snapshot of the neural network (16 times through the training set), at which point it hadn’t yet learned the entire set of names and abilities, and was still coming up with hilarious new ones.

I love a good neural network list but these illustrations… I’m trying not to scream laughing.

Omigosh someone drew pictures to go with these…. I’m dying.