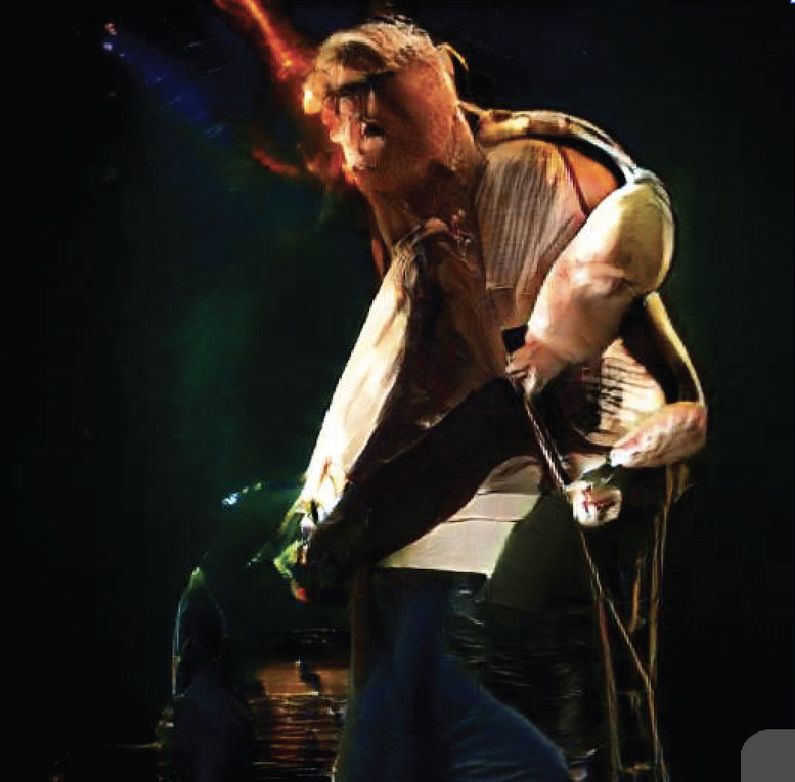 The creepiest images generated by BigGAN

Writing to you from deep inside the Uncanny Valley, I present to you some hand-selected images generated by an algorithm called BigGAN. This algorithm looks at example images of a bunch of different objects and then tries its best to figure out how to generate more of them. Because the algorithm comes in two parts - one that generates the images, and the other that tries to tell the difference between the generated images and the real thing - it’s known as a Generative Adversarial Network (GAN). Each of the images below is from the big set of generated images that the BigGAN authors released along with their paper. I merely came across them, was freaked out by them, and decided to present them here.

As you look at these, remember: the GAN thought these looked a lot like the real thing.

Note lack of actual microphone. BigGAN probably saw lots of pictures of humans holding microphones and doesn’t understand that the human is not the microphone. It does understand how to do stage lighting though.

Those are not teeth but, apparently, the pipes. No explanation for all the other stuff though.

I regret to tell you they’re almost certainly cursed. At least they’re fuzzy.

Its letters and numbers are in some strange unearthly script. It has trouble counting things like watch hands. But its textures are spot on. This, including the unearthly GAN-script, is very characteristic of GAN images.

I have found it. The worst BigGAN category. As far as I can tell, these were all from baby bottles, but that doesn’t make it better. It seems to have come up with a hybrid bottle-human head, which it does from time to time. (I saw an oboe/human hybrid once, and the authors report that during training it crossed a dog and a tennis ball into a dogball. It also produced catflowers and hendogs)

These results may not LOOK photorealistic, but they’re really impressive for a GAN that can do so many categories, especially in high resolution. Jer Thorpe also calculated that generating them took enough power to run the entire city of Cleveland for 6 days. Hopefully that will get a lot better soon as technology improves, because the aesthetic is often strikingly beautiful. I would love to see a movie with GAN graphics.

And to see even more, become an AI Weirdness supporter!