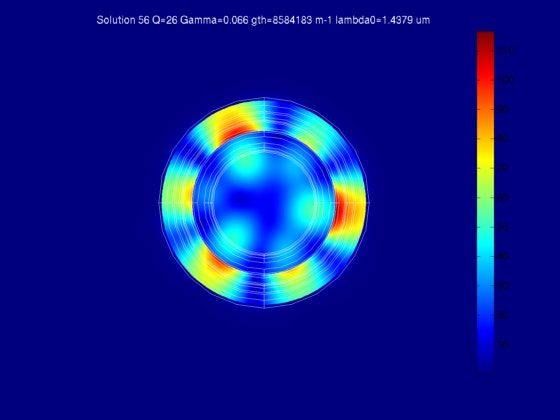 Light in a circular cavity makes a variety of standing wave patterns, some of which look like flowers, wagon wheels, or even tie-fighter spaceships. These images are from my simulations of the light in the cavities of nanolasers - each pattern is called a mode, and the smaller the laser, the simpler the mode tends to be.