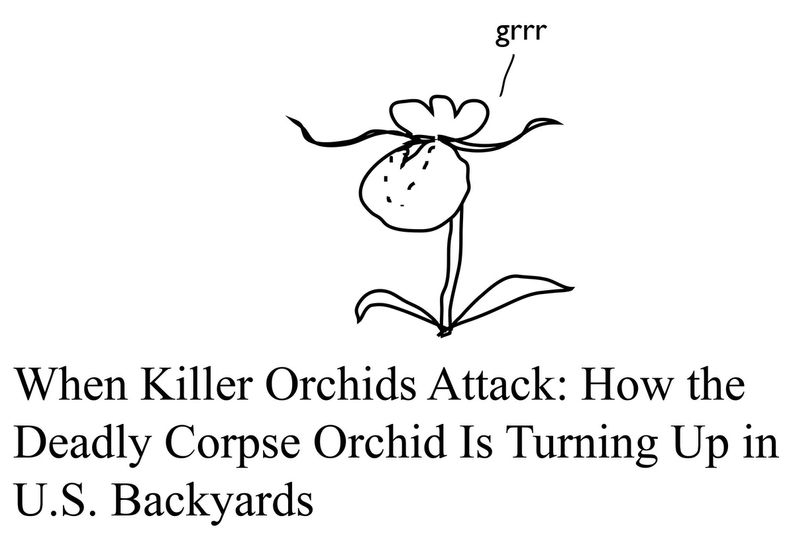 Midway through 2020, people started suggesting that I train a neural net on 2020 headlines, and I was skeptical that there would be enough weird ones to make a decent project. Then 2020 continued to be 2020. We started to get headlines such as:

And by the time we got to December, with more bioluminescent marsupials, mysterious monoliths, and the Galactic Federation, my course was clear.

I decided to use GPT-3, whose internet training data was all collected before October 2019. In other words, before 2020 happened. I gave GPT3 a list of 2020 headlines and let it add more text to the list. Having no data from 2020, would it even treat these as real headlines?

A lot of the generated headlines were from the natural world, in part because my list of examples tended to favor those. I really can’t tell if these are attempts to do novel but realistic headlines, or to completely goof around.

Swarming bears are given deadly slingshots by Russian hunters
Good news / Bad news about crows in Burlington schools
When Killer Orchids Attack: How the Deadly Corpse Orchid Is Turning Up in U.S. Backyards
Apparently There is No Good Photo of the "Melbourne Spider"
Desert mystery - what is this rock that looks like a plane ticket?
Fears rise of new dwarf hippo public relations disaster after rise in sightings
Mysterious Origin of Monster Deep-sea Toads Solved
What are 'dragon cats' and why they are getting hyped?
Massive radioactive sinkhole continues to grow in Russia
Why scientists believe the 'Killer Raccoons of the Pacific Northwest' are responsible for this kill
Lycoperdons, the tiny deadly puffballs, are on the march again
From deep in the Earth, darkness “boils” to the surface
A sassy tardigrade previews new Doctor Who

With other generated headlines, it looks more like GPT-3 assessed the 2020 headlines and went, “Murder hornets?  Yeah okay and hellhounds too.” (This is clearly an algorithmic error; hellhounds are MUCH more likely to be found at the Denver International Airport.)

Proof that a hellhound is living at Los Angeles Airport has been provided in the photos below
First naked bogman has been found out walking the great British countryside
Reports of a '10-foot tall penguin' roaming about on the Family Islands in the Solomon Islands are investigated
Albino green sea monster filmed ... at the wrong time
Scientists discover the alien ant farm under the Antarctic ice
Lizardman: The Terrifying Tale of the Lizard Man of Scape Ore Swamp

I like its science/technology headlines. So many good little bots.

Researchers fear  our solar system is being interfered with by alien space lasers
Mars rover finds only artificial organic matter on surface
Scientists Recreate Giant Liopleurodon In Lab
'Lost' NASA space shuttle repair robot comes back to life after four decades in complete darkness
Hey, Curiosity Rover, Don't Go Chasing Shadow Bugs
Small drone takes on six killer sharks in Shipwreck (Video)
Mysterious Hole Observed On the Sun
How did we miss this massive alien spaceship lurking on an abandoned asteroid?
Scorpions on the dark side of the moon
NASA: Has Earth 'Halted' And Stopped Spinning - If What NASA States is True, We Must All Celebrate! NOW!

I only showed the most interesting sorts of headlines; plenty were just ordinary news from 2019 or earlier. Others were new, technically, but not exactly news:

Breathing Is "Supercharging" Brain
Voyager 1 images: See contents of interstellar space
Scientists Take Photos In See-Through Scuba Gear, and This Is What They Got
Scientists do science…  … and then write about it!
Scientists say climate change deniers should sit on a beach until it is underwater

I tried another experiment in which I tried to produce more targeted headlines, around the theme of… tumbleweeds. (It turns out there were a LOT of dramatic tumbleweed headlines in 2020, due to their habit of descending on various places in apocalyptic numbers.) Become a supporter of AI Weirdness to get them as bonus content!

On the subject of GOOD things that have existed in 2020: please consider my book on AI:

You Look Like a Thing and I Love You