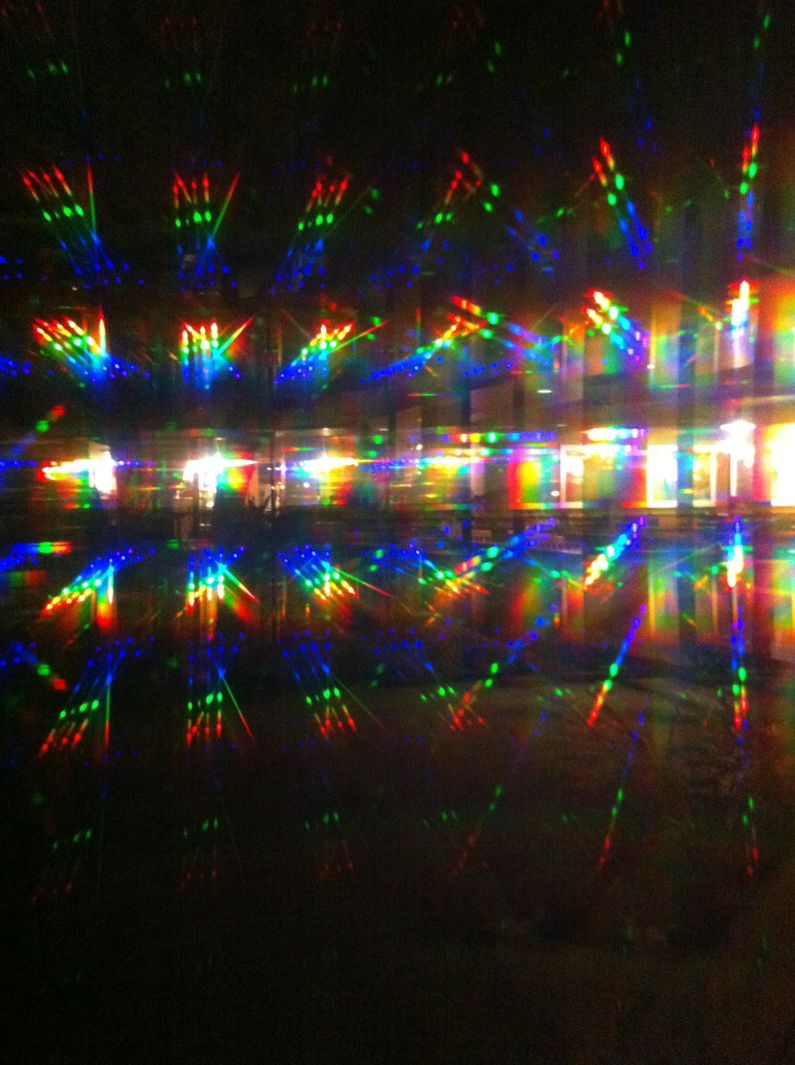 This is what an ordinary coffee shop looks like through diffraction glasses, which act like prisms to separate white light into a rainbow of colors.  In this shot, you can see that not all white sources are alike - a few of them produce a continuous rainbow of colors, while most of the rest produce a rainbow made up of discrete spots.  It turns out that the white lights that produce a smooth rainbow are the old-fashioned incandescent lights, which contain all the colors of the visible spectrum, like natural sunlight.  The rest are modern energy-efficient fluorescent lights, which imitate natural sunlight by producing just a few colors spaced throughout the visible spectrum.

I had some diffraction glasses around because I was using them for an outreach activity; you can also see this color-separating effect by looking at the light reflected off a CD.  CDs have microscopic finely spaced lines like a diffraction grating does, giving them a rainbow appearance under white light.  The Wikipedia article on fluorescent lights has the color spectrum of different types of fluorescent lights - each one of the peaks in the spectrum appears as a dot in the picture above.