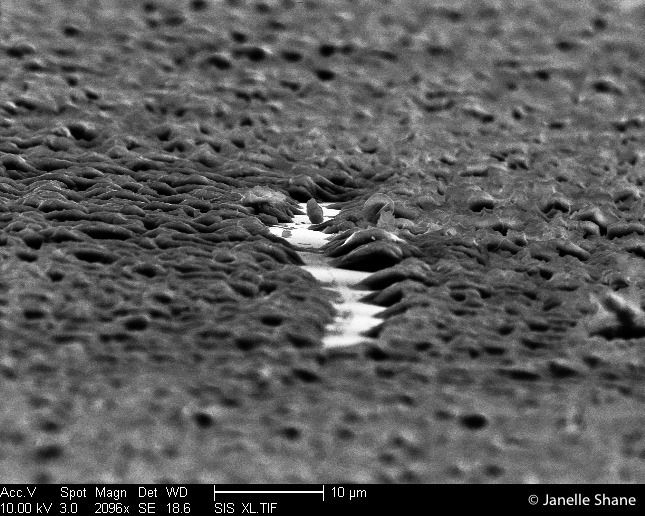 The long valley, surrounded by jagged mountains, occupied by a picturesque leaning castle….  Actually, this is a closeup of a minuscule scratch in a coating of photoresist.  At this magnification (2096x), it’s clear that the photoresist has a rough, mountainous surface, caused by the high-energy plasma I’d bombarded it with earlier. The scratch reveals the pale semiconductor below, which was protected everywhere else by the photoresist… here, I can tell that the scratch probably happened after the plasma bombardment, or the semiconductor would be dramatically eaten away.

For a sense of scale, the width of the scratch is about 1/50 the width of a single human hair.  A single bacterium could just about fit in the valley sideways.