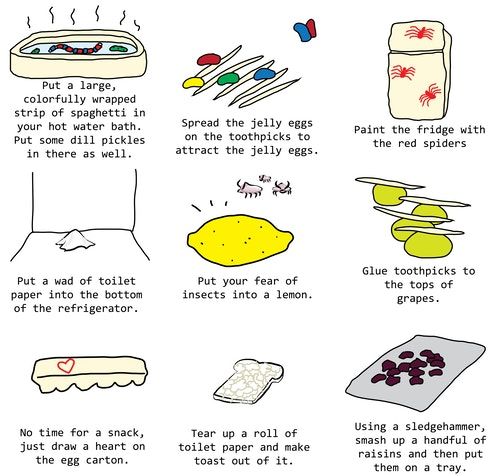 An AI's idea of a prank

If you’re a longtime reader of my blog, you’ll know that AIs are consistently terrible at humor. Whether it’s a very simple neural net learning to tell knock-knock jokes, or a more-sophisticated algorithm trained on tens of thousands of short jokes, they tend to get the rhythm and vocabulary correct, yet completely miss the point.

In a previous experiment, I trained a simple neural net on a collection of April Fools pranks and noticed that most of them end up being pranks you play on yourself. Figuring that this sort of solo prank might be useful for this year, I tried a much more sophisticated neural net, one that didn’t have to learn all its words and phrases from scratch. The neural net, called GPT-2, learned from millions of web pages. Using talktotransformer.com, I gave it a short list of pranks and asked it to add to the list.

Here are some of the neural net’s suggested pranks.

It often seemed like the neural net thought it was supposed to be doing its best to suggest recipes or lifehacks.

Step 10: Fun in the Shower
Fill your bathtub with cold water.
Take the jar of sawdust out of the freezer.
Dump it into the water and stir to add some texture.

There are more AI-generated pranks than would fit in this blog post, including some that are such terrible ideas I hesitated to print them here. AI Weirdness supporters get them as bonus content. Or become a free subscriber to get new AI Weirdness posts in your inbox!

My book on AI explains why this is all so darn weird. You can now get it any of these several ways! Amazon - Barnes & Noble - Indiebound - Tattered Cover - Powell’s - Boulder Bookstore (has signed copies!)