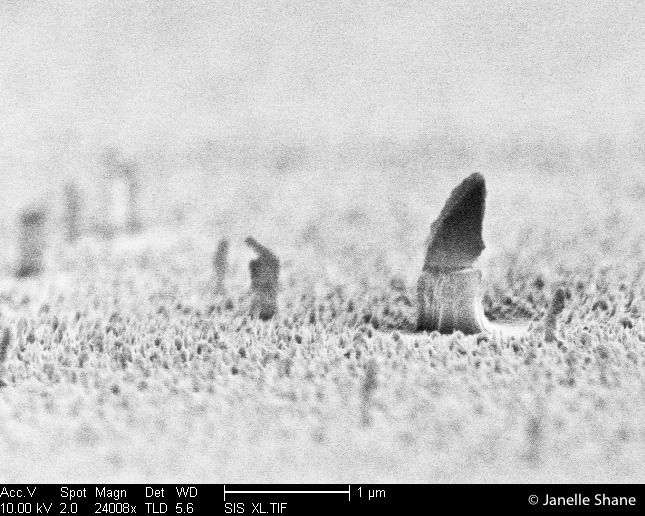 Tiny nanostructures.  If you stacked a thousand of the largest one on top of each other, they would just about equal the thickness of a single sheet of paper.  And then you should tell me how you managed to do it - maybe we could write a paper together.

These tiny monuments were created because of a phenomenon called micromasking.  This whole area used to be a uniform surface (of laser material, actually).  I blasted it with high-energy plasma, which eroded most of the surface away.  Some areas were protected from the plasma by bits of dust and other particles that landed on the surface - those are the pillars you see here.  A similar phenomenon forms natural landscapes, such as the hoodoo landforms of Bryce Canyon in Utah, and the rocks of Wanli district in Taiwan.