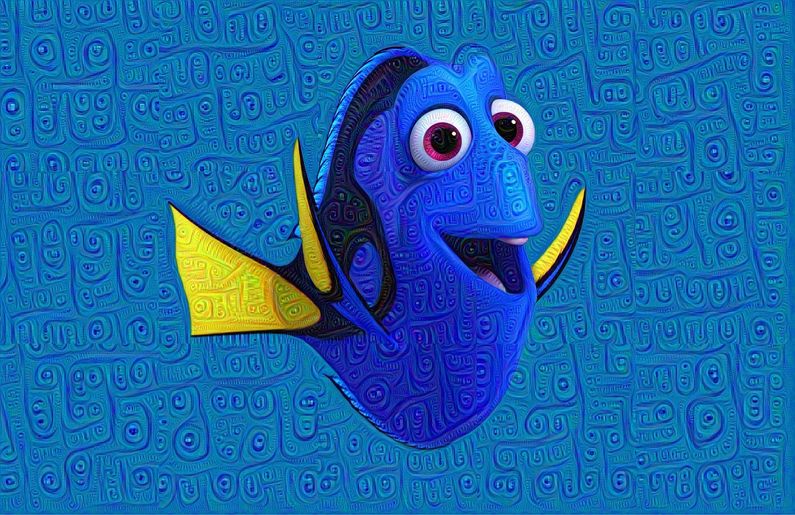 Disney songs, sung by a neural network with a very short memory

I train neural networks, which are a type of computer program that try to learn to copy human things by looking at examples. By giving them just a list of names and no further instructions, I can get neural networks to invent names for paint colors, guinea pigs, craft beers, and more.

The way I set up a neural network will control how well it does at its task. One important parameter I can control is the length of its memory. Let’s see what happens when I make its memory really, really short.

Here’s why memory is important for a neural network: As it’s generating the letters of new words, it’s looking at the letters it has already generated, trying to figure out what comes next. If it can look back over several words or even sentences, it will be more memory-intensive to run than a neural network that can only see a couple of words at a time, but it will also be better at learning long phrases.

Here’s how this plays out when I train a neural network to write lyrics to Disney songs.

I started with a list of 224 Disney songs from a lyrics dataset posted by GyanendraMishra on Kaggle, about 8200 lines in all.

At first, the neural network had a modest memory length of 50 characters - that is, 50 letters. Its view of the dataset, and of the text it generates, looks something like the this:

Humans who know the “I can show you the world” song from Aladdin can probably recognize this bit and fill in what comes next. The neural network can work with this too. It memorizes whole lines of songs, although it sometimes jumps between different songs - I’ve built a small degree of randomness into its choice of which letters to use next so it doesn’t always go with its top choice.

You’ll notice that it tends to get stuck on certain repetitive lines - that’s because those lines repeat in the original dataset, so the neural network learns that one “paint with all the colors of the wind” line is followed by a second. What it doesn’t know, however, is how many “colors of the wind” lines it’s already seen at a given point. Its view of these lines at any given time is something like:

paint with all the colors of the wind
Can you pain

And it has no idea whether to move on to the next line, or to keep singing the same one. Usually, like Dory, it just keeps singing.

With less than half the memory that it had before, the neural net is struggling a little harder. Its view of the training data looks something like:

ow you the world
Shi

It still can memorize phrases (it can spell supercalifragilisticexpialidocious like a champ), but now gets lost and jumps between songs more easily. It tends to string together songs with some similarity, so Heigh-Ho (we dig dig dig dig dig dig dig in our mine the whole day through) gets mixed up with drip drip drop little April shower, and Mama Odie’s song from Princess and the Frog (you gotta dig). And once it starts singing Heigh-ho, Heigh-ho, it basically doesn’t stop.

A memory this short is seriously unfair to give a neural network that’s trying to learn whole phrases. That line from Aladdin now looks something like:

But it does its best.

Evil laughter. It’s honestly a surprise that a neural network with a 5-character memory can manage to function at all.

That’s what the line from Aladdin looks like now. This what the neural network has to work with. This is what songs are to it now.

It attempts “Under the Sea” or possibly “Part of Your World” from The Little Mermaid.

It is going to try to be king. Or a wolf.

It has a seriously metal-sounding version of Beauty and the Beast.

Something to the beast
And and the beast
The door
When the beast
The door
When will bare necessities
The beast
When the most wonderful time to spart of the house your learn and black as the sun
And the beast
Tale as old as time
Song as old as rhyme
Beauty and be soul
It’s the sun
We’re only friends and the door
When will sell you see her fleight and and bring about your heart don’t say a way the most wonderful time of the time of the shock
The beast
And a secret, winnie the Pooh
Willy all the same
I saw
There’ll be you feel the Hokey
the beast

And then it rears up, gathers all its neurons, and flounces out an impressive:

A neural network invents some pies