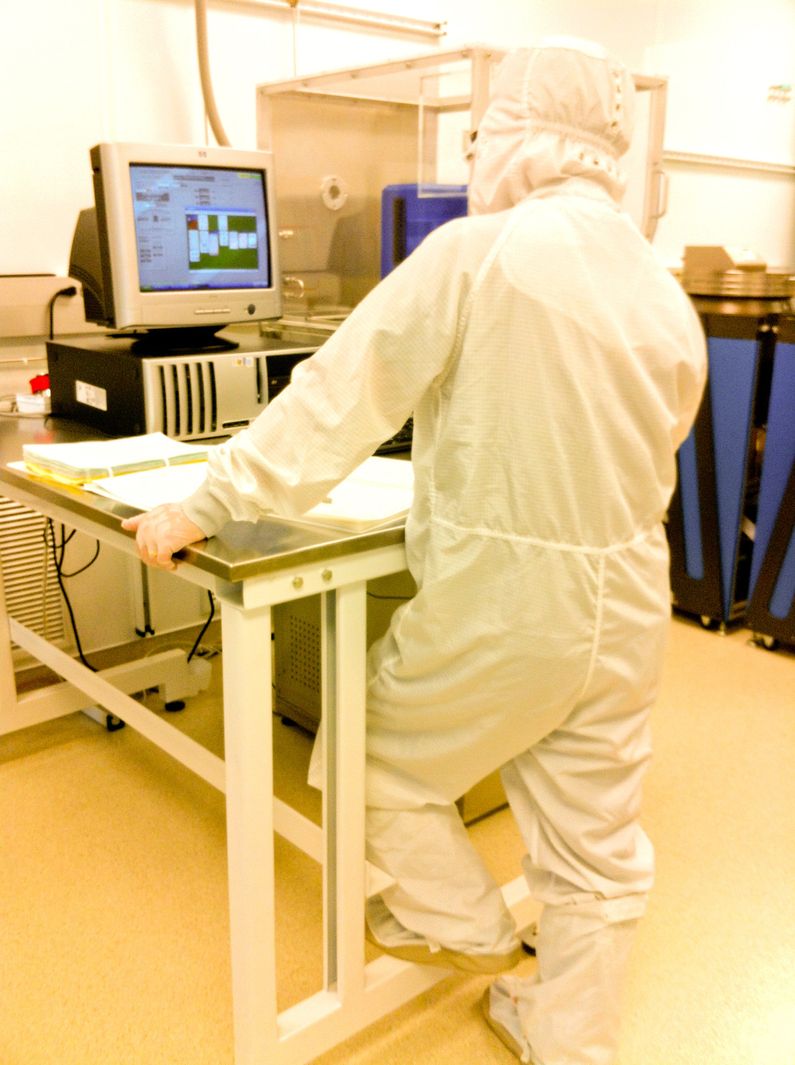 To be fair, the guy using this machine is probably killing time while the machine runs an etching process, or pumps the system down to vacuum.  Otherwise it’d be an expensive game of Solitaire… $102 per hour, if he’s an off-campus user.

Anyways, these are the cleanroom suits we all have to wear, designed mainly for protecting the cleanroom from us, rather than the other way around.  It takes me about 10 minutes to put all that stuff on, although the cleanroom staff can do it in way less time.  I sometimes get nightmares about going into the cleanroom without a hood or something - the cleanroom equivalent of the forgot-my-pants dream.