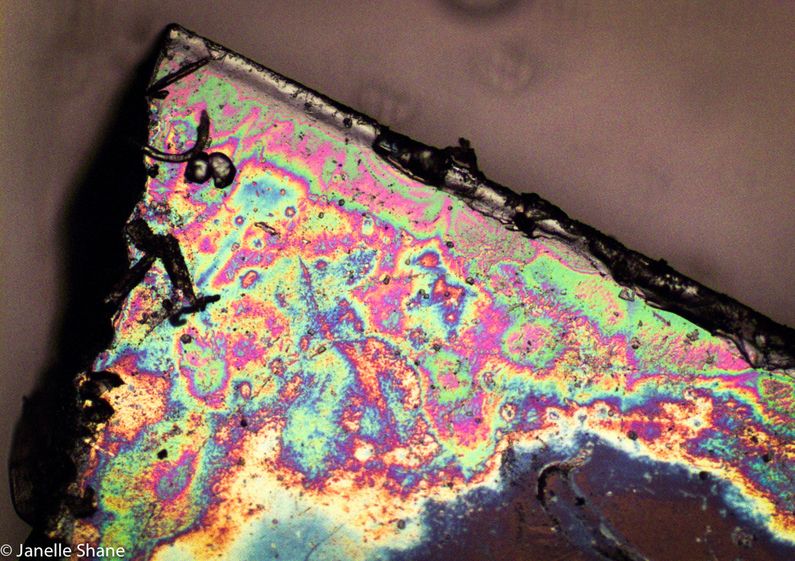 Pretty rainbow colors brought to you by the wave nature of light.

The phenomenon that made these wild colors out of a thin film of photoresist on silicon is the same phenomenon that’s behind the rainbow colors of soap bubbles and oily puddles. It’s also a more chaotic version of the colors on a grackle’s feathers, or a blue morpho butterfly’s wings. All of these colorful effects owe their existence to the wave nature of light, where light waves reflecting off the top and bottom of a thin transparent film interfere constructively or destructively with each other. Each color of light is made of waves of a certain wavelength, and so for any given film thickness, a different color of light experiences constructive interference. Think of making waves in a bathtub - if you time the waves just right, (in other words, if you make waves of just the right wavelength) you can set up a sloshing resonance where the waves add constructively to each other and get bigger and bigger. Slosh at the wrong frequency, and you’ll get destructive chaos.

In the image above, each band of color corresponds to a spot where the thin film’s just the right thickness to allow that color of light wave to constructively interfere with itself.